29 September 2022 | Pascal Hitzler, Kansas State University, USA
The top viewed IOS Press book of 2022 is our new publication Neuro-Symbolic Artificial Intelligence. The interest in this emerging subfield of artificial intelligence is evident among researchers and we share this post to provide further exposure. We are also pleased to announce here the plans to launch an open access and transparently peer-reviewed research journal on this topic, which builds on the presentation I gave for the IOS Press symposium, which touches upon transparency and openness of reviewing in scientific publishing.

The top viewed IOS Press book of 2022 is our new publication Neuro-Symbolic Artificial Intelligence. The interest in this emerging subfield of artificial intelligence is evident among researchers and we share this post to provide further exposure. We are also pleased to announce here the plans to launch an open access and transparently peer-reviewed research journal on this topic, which builds on the presentation I gave for the IOS Press symposium, which touches upon transparency and openness of reviewing in scientific publishing.

Neuro-symbolic artificial intelligence (AI) is an emerging subfield of AI that brings together two of its prominent approaches in its field, as indicated by its name: ”neuro” (sometimes ”neural”) refers to artificial neural networks, prominent in machine learning, and in the guise of deep learning the main driver for the current increase in research and development in AI; ”symbolic” refers to algorithmic processing on the level of meaningful symbols, prominent in knowledge representation, and often expressed by means of formal logics and corresponding logical reasoning algorithms.

The neural and the symbolic worlds in AI have been rather disjointed in the past, as has been eloquently elaborated on in the book’s preface (see below). The two approaches also differ significantly in terms of their strengths and weaknesses, and in terms of the types of applications for which they are most adequate. Neural systems are made for machine learning, for being trained on raw data in order to achieve a particular objective like classification or forecasting. They are robust against mistakes or noise in the data, and they are very quick once a system is trained. On all these aspects, in contrast, symbolic systems in general do not do so well. However they thrive if an application depends on exactly encoded knowledge, on provable correctness, or on being able to inspect an algorithm run in order to understand reasons for algorithm behavior beyond a mere statistical assessment of output correctness. Neural approaches are generally very lacking. So, from a technical perspective, there is the hope – and by now there is also some evidence, as presented throughout this book – that a combination of neural and symbolic approaches may provide a bit of a best-of-two-worlds scenario, with each component being able to compensate for the others’ weaknesses. 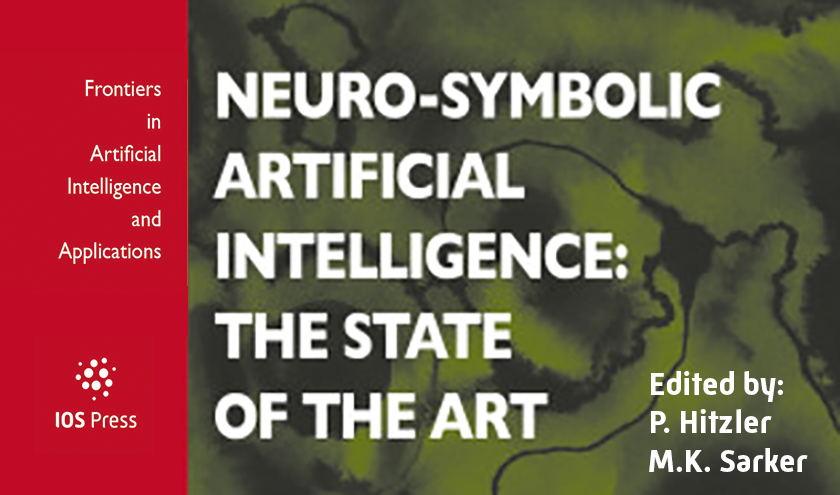 Extract: In the last few years activity on neuro-symbolic themes has seen very rapid growth, not only in terms of manuscripts and publications, but also in terms of research events dedicated to the topic. The neuro-symbolic field also seemed to pivot in terms of topics, fueled by the influx of deep learning results and opportunities. It was exactly this pivot which prompted us to pursue this book, i.e., it is based on our own desire to understand the current state of the art with its apparently quite different emphasis from the pre-2017 state.

In order to gather the contributions for this book, we thus began with a survey of recent prominent publications, which led us to a list of authors who have made significant contributions in the past few years. We invited these authors to contribute a chapter giving an overview of their recent contributions to the topic, with co-authors of their choice. The content of this book reflects the breadth and depth of the current state of the art in neuro-symbolic AI. It is the book that we wanted to have, the one we can give to our own students and tell them to read it, to get an overview of what’s going on in the research area.

Book Preface: The 3rd AI Wave is Coming, and It Needs a Theory

The history of an entire scientific field as dynamic and permeable as AI can only be captured in metaphors. But even though they are metaphors, such sketches of history do sometimes manage to capture the essence of how a debate in an entire scientific field evolved. One such useful metaphor about the history of AI is that of the “two towers,” the “two tribes,” or even the “two religions.” These two tribes are known under a variety of names: symbolic vs. subsymbolic, reasoning vs. learning, logic vs. data, model-based vs. function-based, but I prefer to use the terms “knowledge driven” vs. “data driven.” For decades, AI was indeed divided into these two tribes, whose members adhered to different religions: either AI systems were based on manipulating symbols (as succinctly expressed through the “physical symbol systems hypothesis” by Newel and Simon in their 1976 Turing Award paper), or AI systems were based on statistical patterns to be learned from large amounts of data (an approach that earned Bengio, Hinton and Lecun the 2018 Turing Award). And as with any two proper religions, for many years their proponents did not read each other’s books, did not go to each other’s meetings, and did not take each other’s ideas very seriously.

Another, somewhat different metaphor about the history of AI is the picture of two waves. In this myth, the “first wave” of AI consisted of investigations into knowledge-driven AI, with successes in knowledge-based systems (1980s and 1990s), the world-championship chess (1997) and conversational assistants such as Siri (from 2010 onwards). The “second wave” of AI consisted of the rise of deep learning systems with impressive successes in machine translations, image recognition and game playing, among many others. If Google Trends is to be believed, the current wide-spread interest in deep learning started to take off in early 2015, although its roots of course stretch back deep into AI history, with the current frenzied levels of interest only reached from early 2018 onwards. The more general term “machine learning” shows a similar trend curve.
But things are moving fast in the field of AI. A generous flow of public funding, a keen interest from industry, and a culture of sharing data and code are all contributing factors to the fast pace of progress. And this fast pace of progress is rapidly shattering both of the above metaphors, both the two-tribes myth and the two-waves myth. Increasingly, the two tribes are now converging on the view that neither purely data-driven nor purely knowledge-driven systems alone hold the key to further progress in AI. And increasingly, the first knowledge-driven wave and the second data-driven wave are being rapidly joined by a third wave of systems that are, in their wide variety, known under the common term of “neuro-symbolic systems.”

However, although the proponents of such neuro-symbolic systems are united in what they agree that AI systems should not be (namely: they should be neither purely knowledge-driven nor purely data-driven), these researchers are not at all united in their view on what AI should be. The literature on neuro-symbolic systems (sometimes also known as “hybrid” systems) is rapidly growing, with dozens of new (and often unreviewed) manuscripts appearing on ArXiv every week, but these contributions cover a wide variety of different architectural and algorithmic proposals, with precious little agreement on which architectures suit which purpose, which algorithms should be used when, what the strengths and weaknesses of the different approaches are, how the results should be evaluated, or even what the theoretical limits are of the different proposals.
Neuro-symbolic systems are the offspring of two very different parents, roughly speaking the fields of “knowledge representation” and “machine learning,” and each of these parents has its own strengths and weaknesses. The first of these parents is characterized by strong theoretical foundations, with analyses on expressivity, on computational tractability, on the trade-offs between the two, and with a compositional theory on how to combine multiple representations. The second parent is characterized by a strong emphasis on empirical results, measured on widely accepted benchmarks and challenge tasks. Conversely, the knowledge representation field has never managed to agree on widely shared benchmarks (although exceptions exists in subdisciplines), while much of the classical machine learning theory, founded on the statistical learning theory from the 1990s, no longer suffices to explain the “unreasonable effectiveness” of deep learning (with a recent attempt at addressing the situation in 2021) [1].

The promising “3rd wave of AI” – the neuro-symbolic systems to which this book is devoted – should aim to combine the strengths of both parents. Coming, as I do, from a knowledge representation background, I am particularly concerned that we should strive for a good theoretical understanding of neuro-symbolic systems, beyond purely empirically measuring their capabilities. We should start to make some foundational distinctions: What are the possible interactions between knowledge and learning? Can reasoning be used as a symbolic prior for learning? Can such symbolic priors be used to make data-driven systems more sample efficient? More explainable? More generalizable outside the training set? Should such symbolic priors be domain-specific, or should they be in the form of very general knowledge capturing only the abstract structure of time, space, causality, and other such general principles? Can symbolic constraints be enforced on data-driven systems to make them safer? Or less biased? Or can, vice versa, learning be used to yield symbolic knowledge? And if so, how to manage the inherent uncertainty that comes with such learned knowledge? And how to avoid the inevitable bias seeping from the data into the resulting knowledge base? And can such learned knowledge ever capture abstract principles of time, space, and causality, or will it only be limited to the domain-specific patterns that arise from a given dataset? Or perhaps, and hopefully, the answer is that both directions (knowledge-driven methods supporting data-driven methods and vice versa) are possible and even required.

But whatever the answers to these questions will be, we will only make truly scientific and long-lasting progress on AI in general, and on hybrid, neuro-symbolic systems of the “3rd wave of AI” in particular, if we go beyond building systems. We must, in the end, develop a theory of such systems that allows us to predict and understand what neuro-symbolic systems can and can’t do.

This post includes extracts from the book’s Introduction and Preface. To view all 17 chapters in full – and purchase the print edition at 20% discount until the end of 2022 – click here. It is also available as an ebook (with individual articles purchasable as PDFs) here.

Would you be interested in reading and/or submitting your research to a journal on this topic? IOS Press is in the process of launching such a periodical. Click here to be kept updated about this initiative!

Pascal Hitzler is the Lloyd T. Smith Creativity in Engineering Chair and Director of the Center for Artificial Intelligence and Data Science at Kansas State University. He is the founding Editor-in-Chief of the Semantic Web journal and founding editor of the IOS Press book series Studies on the Semantic Web. He is co-author of the W3C Recommendation OWL 2 Primer and of the book Foundations of Semantic Web Technologies (CRC Press). 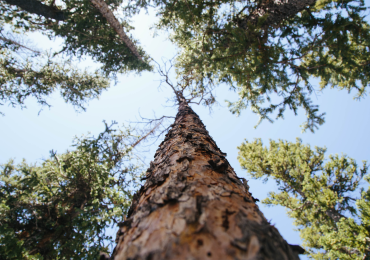 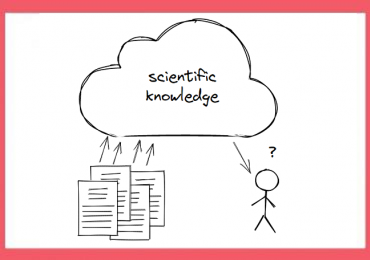